Club President, Paul Roberts, opened the meeting at 2pm and welcomed everyone. The Minutes for the 2006 AGM were reviewed and accepted unanimously as a true record of that meeting.

Brendan Fennell, Club Chairman, welcomed everyone to the 2007 AGM. He noted that although people come and go, new members were joining regularly and that the membership base was staying at a consistent 450+, which was encouraging.

He mentioned the fact that the GTO’s purchase price was dropping, and that that was attracting more members who would have less knowledge than previous years due to the easier availability of the marque. He said that new members should be encouraged to ask questions on the forums, and not be scared of posting. Existing members should have patience and answer these questions that have been asked many times before, maintaining the friendly nature that has been seen on the forums over the last 12 months.

Brendan spoke about the Speedball Rally, and although it was a small number of GTO’s that participated due to various reasons, it was a good event that he felt was ideally suited to the car. A good time was had by all involved, and he felt that more people should try to do this type of thing.

He spoke briefly about future plans for the club, which would be coming up in “Matters Arising”

Simon Baker showed everyone the accounts for the membership year 2006/2007, which were unanimously accepted as being an accurate record. 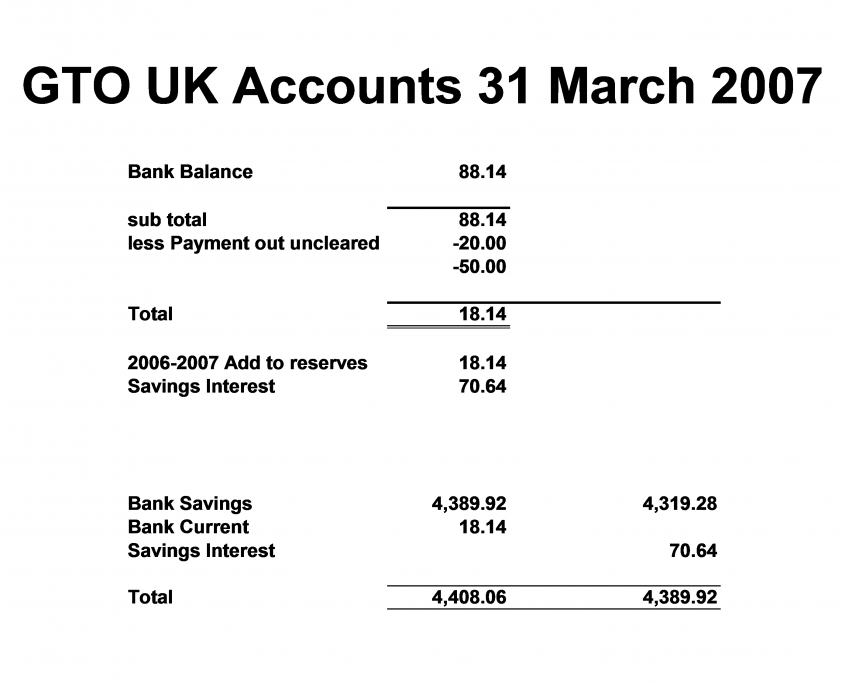 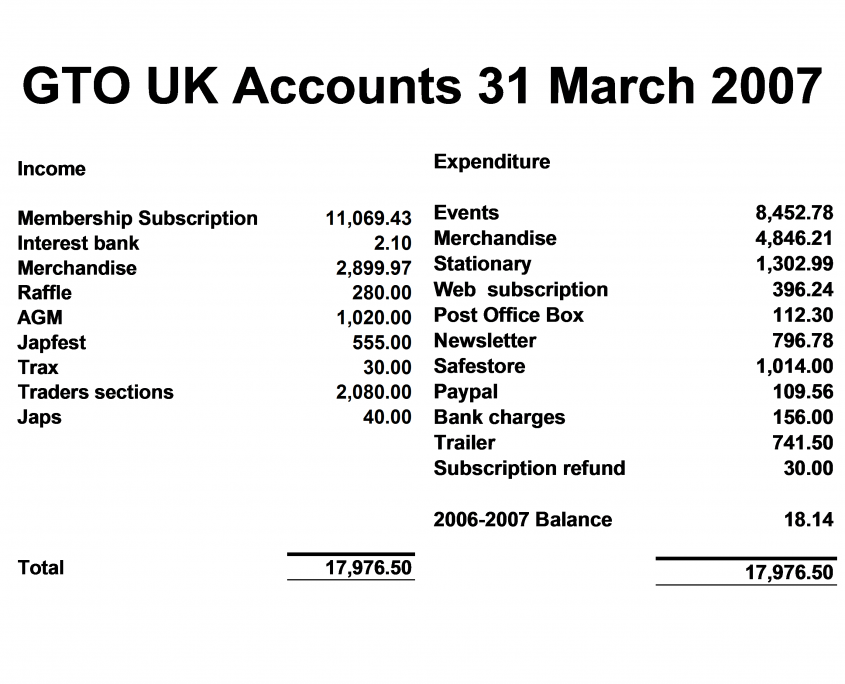 The following positions were voted in, unanimously, by a show of hands:

A number of topics were raised for voting.